In this fifth episode of the IndieViews we are going to chat with an Award Winning Pianist and Composer based in NYC and raised in Southern California.
She was seven years old, a door-to-door salesman for a local music studio knocked on her front door. Her parents signed her up for music lessons, starting her first on the accordion then adding piano lessons soon after. Classically trained, Shoshana discovered ragtime while in high school when the movie “The Sting” came out and was instantly hooked. She started her professional career at the age of 17 playing honky-tonk/ragtime piano at Shakey’s Pizza Parlors and the following year was hired by Knott’s Berry Farm in Buena Park, California as a ragtime pianist in their brand new Roaring 20’s section.
But, let’s discover more. 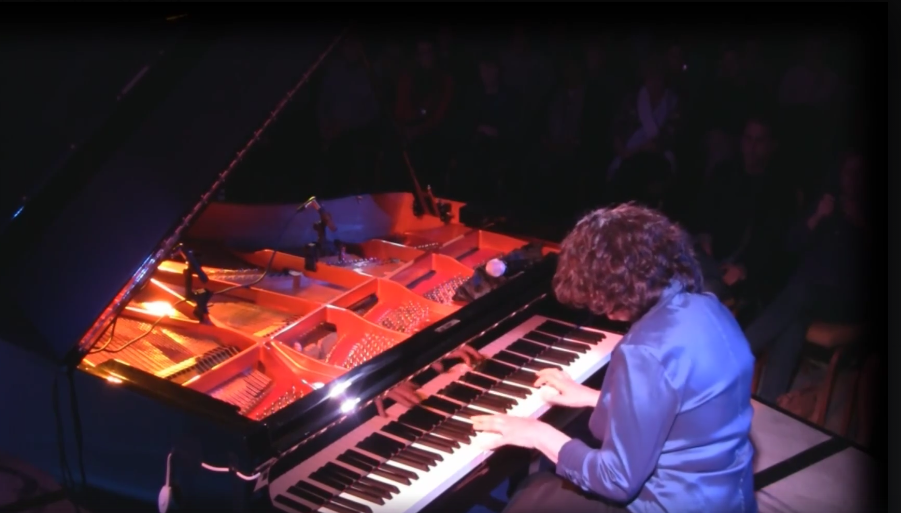 If we cast your mind back to when you were a kid and a teenager: what are your earliest musical memories?

My father had a love for classical music, while my mother loved big band and swing, and I grew up listening to and loving both genres of music. When I was in high school, I accompanied the high school choir and musicals and played ragtime piano at pizza parlors.

Which musicians do you particularly admire and which one do you think influenced your music?

I was influenced by several New Age solo pianists back in the 1980’s; Suzanne Ciani, David Lanz, Spencer Brewer and Jim Chappell.

What does music mean to you?

Are you still in love with your profession as musician? How do you keep your enthusiasm always live?

Yes, I am! I keep my enthusiasm live by challenging myself, by doing more today than I did yesterday, by exploring different styles of music.

You are in the process to became a full time musician, how do you manage your music life with your “common” life? What is your typical day like?

I manage everyday life with my music life by pacing myself and taking things as they come. My typical day includes promoting my career through social media, answering emails, mailing out merchandise, taking care of my family and household through the day/evening and composing/practicing late at night.

My third album, Prelude to a Dream, came out in September of 2017. I am currently working on my fourth album, which I plan to release the end of this year or beginning of 2019.

“”Shoshana’s beautiful original compositions will reach right down deep into your soul and give you visions of the world as a better place.” – Dick Metcalf, editor, Contemporary Fusion Reviews

Are you self-taught or have you studied music? You think is important studying music to be a Pro?

I have studied music, but I also consider myself to be self-taught. Sometimes you can’t learn everything from a teacher. I think that it is important to study music to be a Pro, although there are many Pros that haven’t studied and they do make it.

Did you keep on studying?

Can you describe the process you go through when you are writing a song? What inspires you to write?

I usually just sit down at my keyboard, generally late at night, and just see if anything comes up. If not, I try again another time. If so, I will either record my ideas from my keyboard onto a usb stick or if I have the time, I’ll notate my ideas or sometimes the entire piece into my notation program. After I have finished composing the piece, I usually take it to my baby grand piano and tweak it there and see if there is anything else I need to do with it. I don’t always have inspirations for writing. Sometimes I just see if anything comes up, and sometimes I sit down with an idea or a mood, but this isn’t so common.

How do you plan an album production and his release?

I have a checklist that I go through. I write and fully notate the music, work with my graphic artist for my album artwork, I have a promoter that will promote my music to the online radio stations once the album is released and obtain reviews for me, I advertise through social media and my email list, I send my album to the CD manufacturer, I metatag all my music and send it to anyone that I need to, etc, etc, etc.

When you release an album how much is important for you the tracklist? And the time between the tracks?

Do you produce your records by yourself or do you prefer to have some extra ears or a producer to guide you?

I listen and produce myself, although I do have a couple of friends that will listen to my tracks or play through my already notated sheet music before I actually record my music.

Did you record your music in a rented professional studio, home studio or in any other way?

I record my music in a rented professional studio.

Did you mix and master your album/tracks in different ways for digital and physical releases?

No, it’s all done the same for both.

“”It’s easy to see why some compare her style to that of the great David Lanz….(Prelude to a Dream) is the album that will place Shoshana Michel’s name firmly on the map as one of the finest female pianists of her day.” – Steve Sheppard, One World Music Radio

Are your records only digital or also physically distributed?

What types of promotion and marketing have you found to work best for an independent artist?

I think that both email and social marketing can be very beneficial for an independent artist.

I don’t know the percentages, but I definitely sell more music through downloads and streaming. Yes, it seems that streaming may be where people will be getting there from in the future.

How do you normally promote your latest releases? Do you use only social networks or also other ways?

I personally hire a promoter for internet radio stations and some misc. marketing, while I market myself through emails and social media.

Do you use Facebook/twitter/instagram sponsored post for promotion? You think could be they helpful?

I’ve used Facebook and Instagram sponsored posts for promotion. Social media promotion can be helpful, but you need to learn the best ways to do it.

Have you a mailing list? I personally use MailChimp. You think it is a “must have” as most people in music business said?

I do have a mailing list, and I agree that it is a “must have”. There are people that don’t use social media and email is the most direct way to reach them.

Have you a favorite way to distribute your album?

Do you think that, with all the digital alternatives, radio airplay still has an effect on the success of a release? And how does an independent artist get radio airplay?

I think that radio airplay may still have a positive effect on the success of an album release. An independent artist can get radio airplay by either submitting their album/tracks themselves, or hiring a promoter to do that for them.

What do you think about streaming services like Spotify and Pandora?

I think streaming services like Spotify and Pandora are going to become much bigger than they already are. I don’t know if they’ll cause the end of downloading, although some people do.

Did you work with booking agencies or you manage your own gigs?

I manage my own gigs at this time

How do you promote a gig in a new town/country/region?

By using social media, targeting people from my email list and through sites like Soundkick and Bandsintown..

Did you sell your physical CDs, Merchandising and other?

Somebody says that House Concert are the future of live music as many club are closing. What do you think about it? Have you organized any?

I have done a few House Concerts and love them. It’s a great way to get and meet new fans. I haven’t organized any as of yet.

Do you have any suggestions for somebody who would host an house concert?

To invite your friends that you think would enjoy the performer(s) that you are hosting. Create an atmosphere that will resonate with the type of music that will be featured.

Every time you play your music you are giving a big part of you to your crowd, do you feel tension before a concert? If yes how do you manage it?

I do feel some tension at times. It’s normal to be nervous. I use techniques that allow me to relax, I use positive affirmations and in general I do have confidence in myself as a musician and as a performer.

Which is the difference between a big audience or a small one?

With a small audience, you can have a more intimate, personal relationship, but sometimes there isn’t a difference and you can still have the same relationship with a large audience as with a small one. 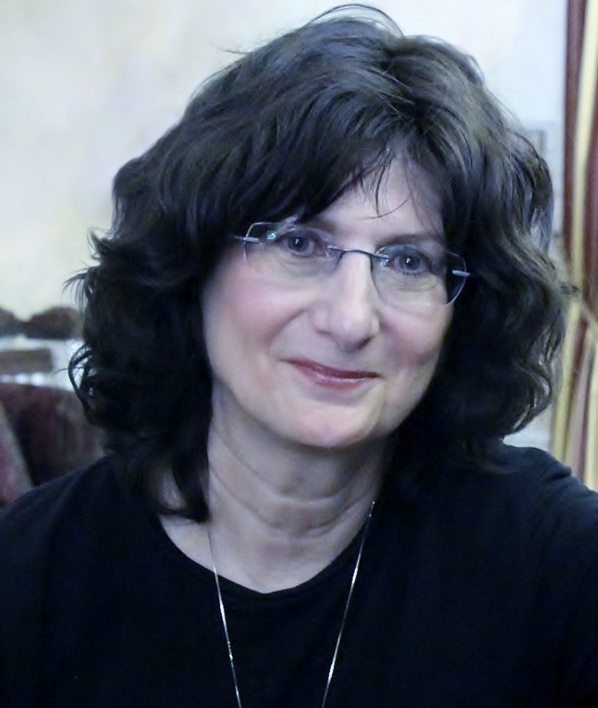 I don’t have a daily business routine, however I do spend a good amount of time on social media promoting my music and creating connections.

I don’t know the exact percentages, but I spend a great deal more time promoting than creating or practicing.

I think that an Indie artist also needs to be an Entrepreneur. To what extent depends on what the artist want to accomplish and whether or not they have hired outside help.

Which PRO (Performing Rights Organization) are you affiliate with and why did you choose that?

BMI, no particular reason why I chose it over ASCAP.

Did you use any other service to collect your royalties?

As a full time musician I immediately realized that I can’t only work as musician and I should extend my expertise in different fields. So, I became a Sound Engineer, composer, producer too. Did you also develop different fields? Which one? What do you like and do not like about each one?

I see being a musician and composer as being part of each other. Besides my music, I also am a holistic health practitioner. In both of my fields, I help people to heal.

What’s your relationship with the social networks?

I use Facebook a lot. It’s easy and comfortable for me to use.

I do have a YouTube channel, but don’t use it as a social network.

I’ve just started using Instagram and am building up a following there.

Do you have any suggestions for a young musician that is thinking to start with his carrer?

Have confidence, patience and acceptance in yourself and your abilities. Lots of patience! And don’t compare yourself to another artist. You are unique and different, so you really can’t compare. Know that it normally takes time to build up a following and a career and have doing so. 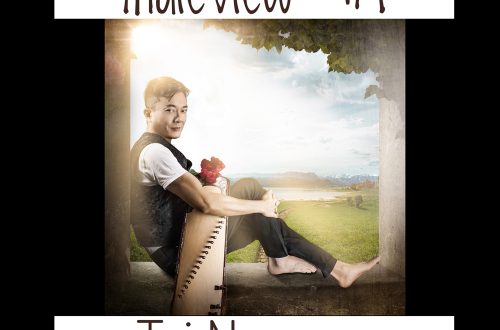 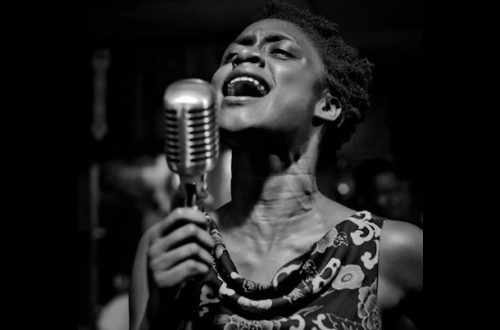 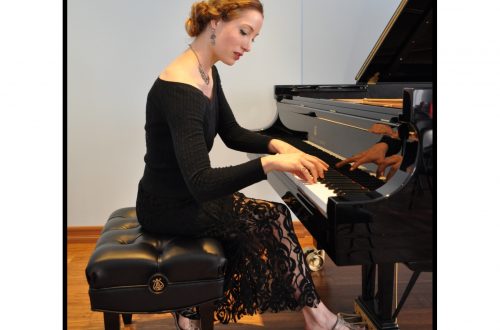