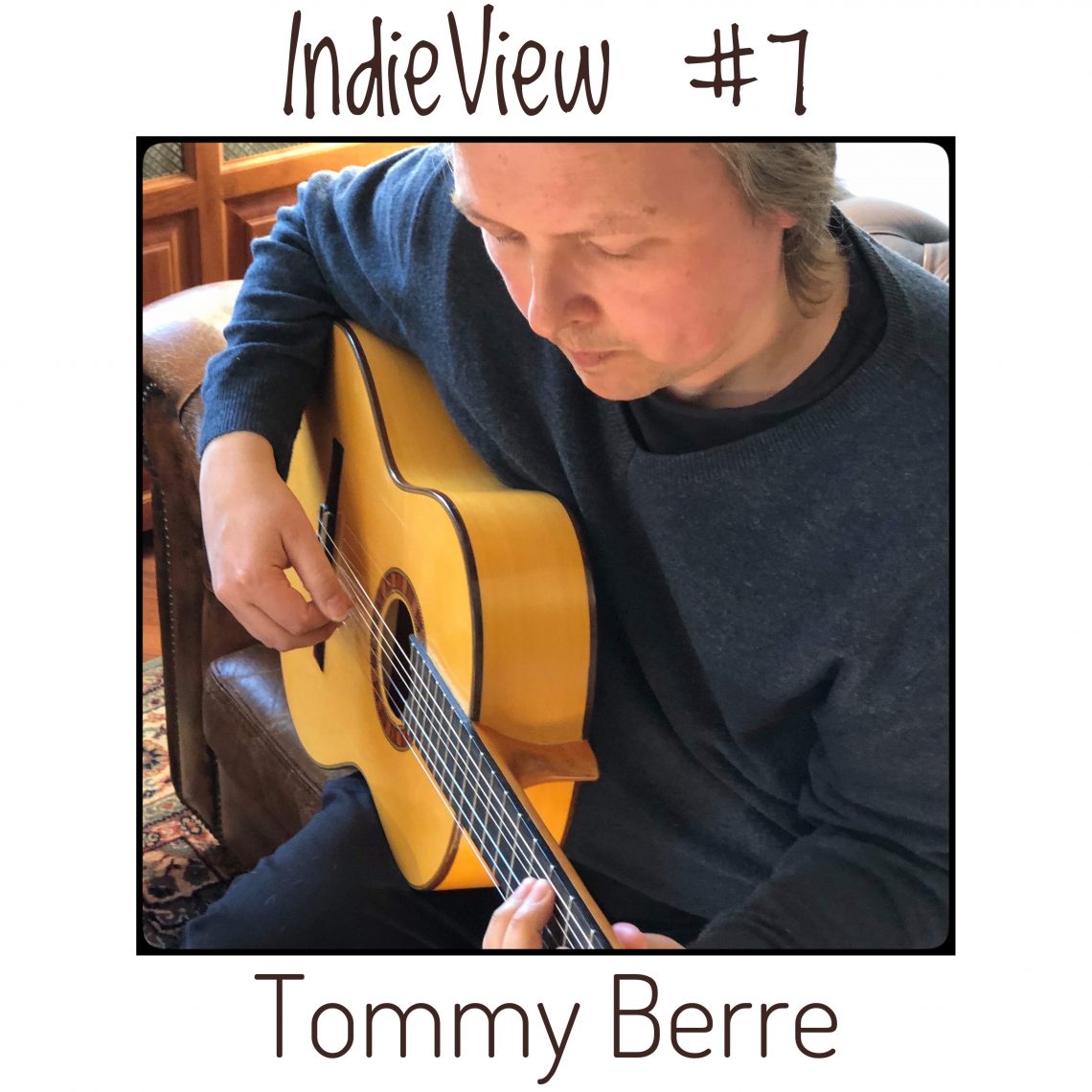 Sharing is Caring
Facebook
Pinterest
Twitter
LinkedIn
In this seventh episode, we are going to chat with Tommy Berre an Independent Guitar player, composer and Spotify Playlist Curator from Norway. Let’s discover more about him.

If we cast your mind back to when you were a kid and a teenager: what are your earliest musical memories?

Sitting in the living room with headphones, listening through all the albums in my parents collection. Then spending a lot of time with my first electric guitar, and a tape recorder, transcribing and learning guitar solos from people such as Steve Lukather, Yngwie Malmsteen, Randy Rhoads, Michael Landau, Jeff Beck, Ritchie Blackmore and many more.

Which was the first album you ever bought?

Which musicians do you particularly admire and which one do you think influenced your music?

Which is the best concert that you have been to?

What does music mean to you?

It’s both my job and my biggest interest. It’s my favourite thing to do, both listening and creating.

Are you still in love with your profession as musician? How do you keep your enthusiasm always live?

I do love parts of it more than others. My favourite part is the composing process. I also enjoy putting together Spotify playlists, which I also consider part of my job. I discover a lot of great music that way.

When did you decide to be a full-time musician?

I never really decided, I just stopped having part-time jobs at a point when I didn’t need them anymore.

How do you manage your music life with your “common” life? What is your typical day like?

I am going to my office 3 days a week, 9-5, composing music for commercials and various studio work. I work two days a week from home, composing, recording etc. Then I work whenever I can find the time to do so.

I’m currently writing classical guitar music for myself. My 3 latest singles are doing great, and there seems to be a big market for instrumental music.

Are you self-taught or have you studied music? You think is important for studying music to be a Pro?

I’m mainly self-taught but went to a school for 1 year where I learnt a few things. Especially to hear chords, intervals etc. without using an instrument. I found that to be very useful, and I had a great teacher for that.

Did you keep on studying?

I transcribe players/tunes that I find interesting.

Speaking of culture, which is the last book that you read?

Underworld by Don DeLillo, it’s a lot of different stories and characters set in the 50s and 60s, good read.

Do you have any favourite tunings for your guitar? And why?

I use standard tuning. Sometimes when playing slide, I may use other tunings, open D or open G, or whatever works.

Tell us more about your guitars, brand, models and why you play these instruments.

I play Anders Eliasson flamenco guitars. Anders is a luthier living in Spain, and I bought two of his guitars when I started to take an interest in flamenco and classical fingerstyle around 2013. I use these guitars for recording, I practise mostly on a Cordoba GK Studio flamenco guitar because I can leave it on my sofa or wherever without being worried. My Eliasson guitars always stay in the cases until I play them.

Any favourite brand of strings?

I use regular D’Addarios for my flamenco guitars. Standard classical strings.

I use Elixir for my acoustic guitars because there’s less scratching noise and they sound bright longer.

For my electrics, any of those two brands.

As guitar player each of us at least discover his favourited techniques, did you have one? How do you discover and learn?

Since I discovered flamenco, I studied Vicente Amigo for about three years, transcribing from videos on YouTube. I think that’s the best way of learning because one can look at the players’ hands. I find it very useful. I like playing fingerstyle, that would be my favourite technique.

Can you describe the process you go through when you are writing a song? What inspires you to write?

If I’m writing a classical guitar tune, I noodle around on the guitar to see if I can come up with something interesting. Then I work linearly from the initial idea. I also write other types of music, when writing more electronic stuff I tend to play the piano, and the writing is less linear. I edit a lot more, and try to move things around, and work with getting good sounds.

Album/Ep/Singles any favourite way to release your music? and why?

Currently, singles, because then I can focus on promoting one song at a time. I’ll probably do an EP soon with 4-5 tunes, but I don’t see myself doing more than 5 tunes on one release in the future. I mainly promote my music with Spotify in mind. 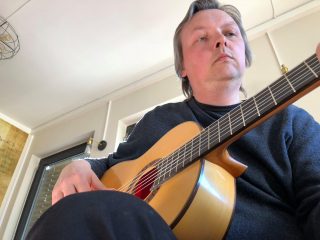 Do you produce your records by yourself or do you prefer to have some extra ears or a producer to guide you?

I do most things myself. I do have a project now where I will ask for opinions from one or two people, just to get a second opinion on tunes.

Did you record your music in a rented professional studio, home studio or in any other way?

I am working as a composer and have equipment and skills to do good recordings myself. I would advise every independent musician to learn how to do this, as it liberates the artist.

Are your records only digital or also physically distributed?

What types of promotion and marketing have you found to work best for an independent artist?

How do you normally promote your latest releases? Do you use only social networks or also other ways?

Only social networks. I write to people and ask them to add my music to their Spotify playlists. I also have playlists myself that I promote, and I add my tunes to these playlists.

Do you use Facebook/twitter/Instagram sponsored post for promotion? You think could be they helpful?

I never tried sponsored posts, but I’m considering doing it.

Have you a mailing list? You think is a “must have” as most people in music business said?

No to both. I write personal emails whenever I have a release.

What do you think about streaming services like Spotify and Pandora?

Spotify is wonderful, and that’s my number 1 priority. I don’t know Pandora, we don’t have it in Norway.

You are a great spotify curator too, can you tell us more about?

I only add music that I like, never to just get a new follower. I try to have a clear sound/theme for each of my playlists, that’s why I have so many, I like to keep it within one style each playlist

What an Indie artist can do to submitt his music to your attention?

I think this Facebook page could be interesting. It’s all my instrumental Spotify playlists. I also made a Submissions playlist so people can drop their songs, makes it easy for me to check out new material.

Here a couple of beautiful Spotify Playlist curated by Tommy,  we suggest to follow, stream and share them :

And of course follow also our “IndieViews” Spotify playlist too, with all the Interviewed artists:

I’m on my iPhone all the time, checking FB and Twitter.

40% creating, 40% promoting/making playlists etc, and 20% listening. I don’t study much theory and such, but I consider listening to be study.

Yes, an independent artist needs to take care of his or her own business.

Which PRO (Performing Rights Organization) are you affiliated with and why did you choose that?

Did you use any other service to collect your royalties?

Not at the moment.

As a full-time musician, I immediately realized that I can’t only work as a musician and I should extend my expertise in different fields. So, I became a Sound Engineer, composer, producer too. Did you also develop different fields? Which one? What do you like and do not like about each one?

Yes, I’m a composer, guitar/bass/ukulele++ player, producer and engineer. I like the composing bit best, arranging and recording are more of a chore. 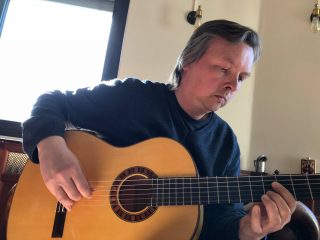 What’s your relationship with the social networks?

Best place for networking, good for promotion as well.

Not active, although I do put my music there from time to time.

Do you have any suggestions for a young musician that is thinking to start with his career?

Learn how to record your own music, learn promotion as much as possible. Don’t overthink things, just do the best you can at any given time, and move on. 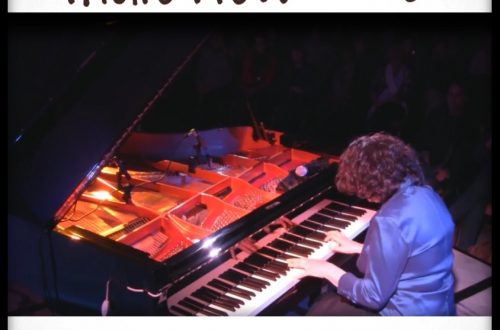 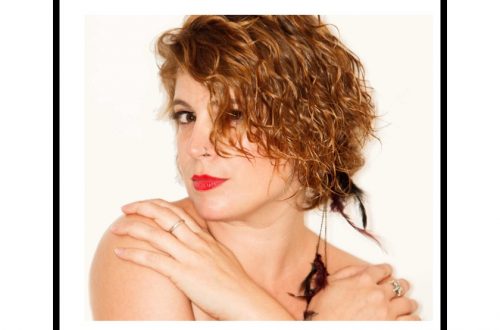